Matters of Culture: The Connective Power of Culture for Cities, Inequality, and the Nighttime Economy 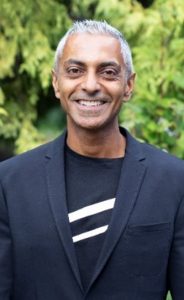 ct: Culture as a concept denotes many shades of meaning, and different visions of culture express themselves differently across subfields of sociology. Inspired by the late sociologist John Mohr’s field-defining message about the cultural turn, Prof. Ghaziani will show the connective power of culture in three contexts: how culture informs debates about neighborhood change; the cultural foundations of inequality that stems from sexual orientation; and the relationship between culture and the nighttime economy.

Biography: Amin Ghaziani is Professor of Sociology and Canada Research Chair in Urban Sexualities at UBC.  He is author or editor of 5 books: Imagining Queer Methods (NYU), Sex Cultures (Polity), There Goes the Gayborhood? (Princeton), The Dividends of Dissent (Chicago), and A Decade of HAART (Oxford).  His articles have appeared in the American Sociological Review, Annual Review of Sociology, City & Community, Social Problems, Theory & Society, and Urban Studies. He has received fellowships from the Institute for Advanced Studies at UBC, the London School of Economics, and Princeton Society of Fellows, along with awards from the culture, social movements, and the community/urban sections of the American Sociological Association.  He is an active public intellectual who has contributed to conversations in the New Yorker, American Prospect, and Time magazines, as well the Guardian; USA Today; Los Angeles Times; and the New York Times.